Mayan Feast each Friday, where you can dine on numerous traditional Mayan dishes while being serenaded by Pablo Collado on his magic flute and melodious guitar. Come spend a delightful evening with us, you will have an island dining experience you will never forget!

Elvi’s Kitchen is known for its unique setting, delicious food and incorporating local music and different Belizean cultures into their service.

In an effort to keep the Mayan cuisine and dishes alive, the management of EIvi’s has devised a Mayan Feast, consisting of nurnerous traditional Mayan dishes, which will be available to the public every Friday. Pablo Collado is playing for the buffet once a month.

Jennie Pinelo, executive chef at Elvi’s, participated in a week long course, Cocina Mayan II, which focused on the ancient Mayan people and their cuisine. The course was facilitated by the Mexican Embassy in Belize City and took place at the Instituto de Gastronomia in Cozumel, Mexico, late last year. According to Jennie, the course allowed her to share what she already knew about Mayan cooking and to learn more about the history of the people and their food. Jennie is using the knowledge she has acquired to prepare an amazing array of dishes.

On Friday evening, February 27th, Elvi’s Kitchen presented their first all you can eat Mayan Buffet.

The arrangement was not only attractive but delicious. The dishes available were Pibil (pork), barzo de reina, mole, tamales, toro pinto, mechado, escabeche, chirmole, Mayan pepper, sauces and hand made corn tortillas, which were prepared at the buffet table. For dessert, bread pudding and dulce de pan were available.

As a child Jennie said that she grew up eating many of these Mayan dishes but now these dishes are no longer prepared on a daily basis, only on special occasions. “In the old days people in San Pedro use to make all these things, now it has changed,” Jennie explained. “I enjoyed the course given by the Mexican Embassy most because of the background that I grew up with. These Mayan dishes are a part of my heritage. It was especially good because first we had to learn about the Mayans and their lifestyle before we learned about their food.” 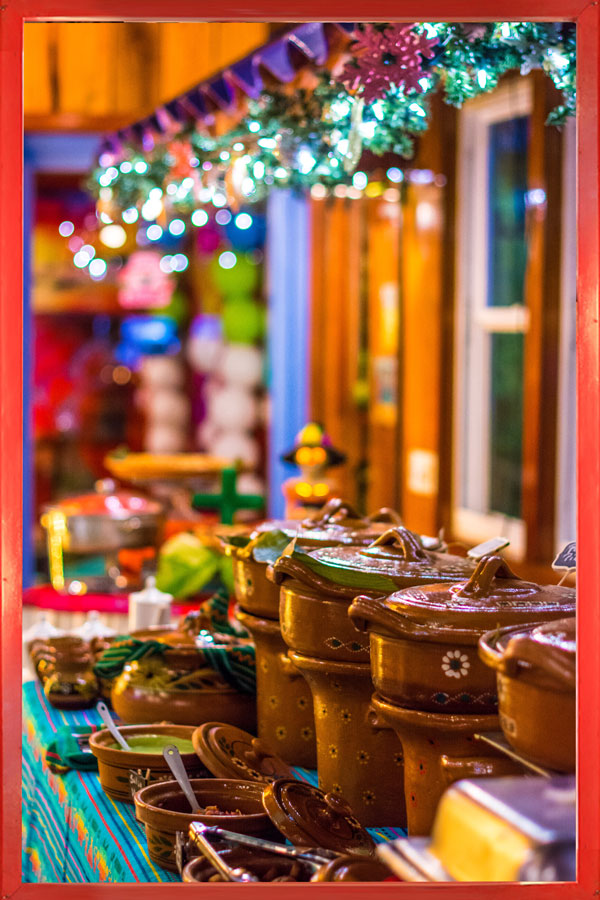 Jennie said that the participants of the course learned about the different spices used by the Mayans and the history of the dishes they use to make. Brazo de reina is a dish made from chaya – a green leafy vegetable like spinach, corn and meat and was prepared only for the elite Mayan class. The peasants were not allowed to eat this dish, but, prepared a similar one called brazo do Mestizo. Brazo de Mestizo is made from pepito seeds – pumpkin – seeds and eggs 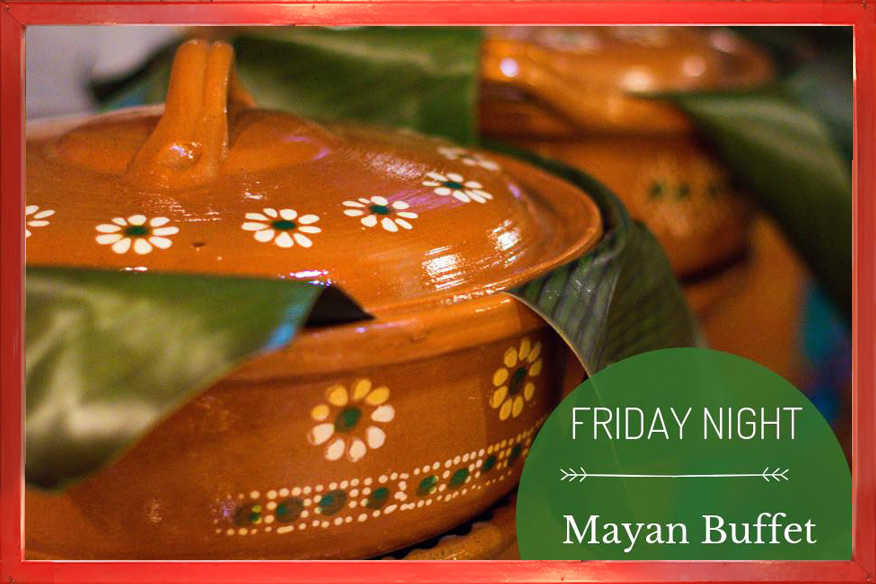 Another interesting dish is the mole. This dish was prepared trom scratch for the buffet. Jennie said that many people in San Pedro make mole but that the mole sauce is bought ready-made, is concentrated and must be diluted. Mole is made from chocolate, cinnamon, chipolte pepper, allspice, pepper corns, garlic and chicken. Toro de pinto is another interesting dish. People will probably know this food by its Creole name, ducunu. Toro de pinto is a ducunu which contains black beans.

The Pibil pork is one of the most traditional of all Mayan dishes and is very popular. Pibil is a method of seasoning, burying and cooking meat under ground. The meat is seasoned, wrapped in banana leaves, and placed over scorching coals and rocks in a hole dug in the ground.

According to Jennie, the Mayans only Pibiled pigs, even though today people Pibil chickens and other meat. “Mayans didn’t eat chicken in the old days,” she said. “Chickens were brought later by the Spanish.” For sea food lovers the mechado is a dream come true. This delicious soup is made from shrimp, scallops, squid, conch, olives and onions. In the future Jennie hopes that they can make Atolé de Malz (a Mayan drink made from corn) and Mushula (a Mayan drink made from plantains).

Invited guest present at the event included Dr. Victor Gonzalez, the Permanent Secretary in the Ministry of Tourism and the Environment, Kevin Gonzalez, the Director of Tourism, and his wife, Mrs. Iraida Gonzalez, Mr. Mito Paz of Green Reef and wife Mrs. Catherine Paz. Other members of the community as well as numerous tourists were also present. Dr. Victor Gonzalez congratulated Elvi on behalf of the Ministry on her initiative and for being a part of the project offered by the Mexican Embassy on Mayan cuisine. “It is a pleasure to know that Jennie represented Elvi’s and has made the effort to take part in the course and to share with the tourists the delicious dishes she has learned to make. Best of all though, is that Elvi’s has made an effort to preserve Mayan culture. The Ministry especially likes the idea and that it compliments the Mexican project. My best compliments to Elvi’s on their accomplishment.”